Goddess Durga is a beautiful gift to the Shri Krishna Mandir from a very wonderful family, the Babulall family, Bahen Meena, Bhai Vishnu and their son Anthony.

This Murti has added to beauty and the sanctity of Shri Krishna and i
Goddess Durga is the mother of the universe and believed to be the power behind the work of creation, preservation, and destruction of the world. Since time immemorial she has been worshipped as the supreme power of the Supreme Being and has been mentioned in many scriptures – Yajur Veda, Vajasaneyi Samhita and Taittareya Brahman.

The word Durga in Sanskrit means a fort, or a place which is difficult to overrun. Another meaning of the word Durga is Durgati Nashini, which literally translates into “the one who eliminates sufferings.” Thus, Hindus believe that goddess Durga protects her devotees from the evils of the world and at the same time removes their miseries.

The Many Forms of Durga. There are many incarnations of Durga, such as Kali, Bhagvati, Bhavani, Ambika, Lalita, Gauri, Kandalini, Java, and Rajeswari. Durga incarnated as the united power of all divine beings, who offered her the required physical attributes and weapons to slay the demon “Mahishasur”.

Durga is depicted as having eight or ten hands. These represent eight quadrants or ten directions in Hinduism. This suggests that she protects the devotees from all directions.

Like Shiva, Mother Durga is also referred to as “Triyambake” meaning the three eyed Goddess. The left eye represents desire (the moon), the right eye represents action (the sun), and the central eye knowledge (fire).

Durga’s Vehicle – the LionThe lion represents power, will and determination. Mother Durga riding the lion symbolises her mastery over all these qualities. This suggests to the devotee that one has to possess all these qualities to get over the demon of ego.

Devi Durga stands on a lion in a fearless pose of “Abhay Mudra”, signifying assurance of freedom from fear. The universal mother seems to be saying to all her devotees: “Surrender all actions and duties onto me and I shall release thee from all fears”. 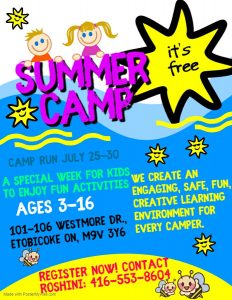